Girls this is on us!

If anyone is going to fix misogyny, it has to be us. And it starts with realizing that seeking male validation is dumb and demeaning. And the toxic TikTok trend of “Pick-Me Girls” is exhibit #1 because it diminishes women. It’s just insecure “girls” internalizing misogyny to get men’s approval.

This book is a must-read for any women willing to look in the mirror and decide if she’s mad enough not to take it anymore.

It’s tough enough trying to bring down society’s impenetrable wall of patriarchy, but when many women support the damn wall, and worse, keep rebuilding it, it’s next to impossible. Kate Manne, associate professor of the Sage School of Philosophy at Cornell University, has written a tell-it-like-it-is book, and in the final chapter states, “I wish I could offer a more hopeful message.” Yikes!

It’s a must-read – unless you’re a “don’t-give-a-shit-shrug” kind of woman. Like indifferent … “Misogyny, WTF? It’s here to stay. Besides, I kinda like the guys being in charge.” But, if you care, this book is well worth an investment of your time.

Too many women want the status quo.

The book lays bare a world of misogyny that is the reality of what women face, and men perpetrate, every day. Manne arrives at a conclusion that most women don’t want to hear. It’s the counter-intuitive logic of misogyny: Too many women want the status quo of a patriarchal society and they support misogyny, intentionally or unintentionally. Perhaps they complain, but still aide and abet it as a crime against women.

“It is a bitterly sad state of affairs, but it is hard to see what would change it. Misogyny is a self-masking problem. Trying to draw attention to it is illicit by the lights of the phenomenon itself, since women are supposed to minister to others, rather than solicit moral attention and concern on their own behalf.” – Kate Manne

Manne makes the above statement in the concluding chapter: The Giving She. She describes how misogyny is deeply embedded, and that purging it from our society can be metaphorically the social equivalent of trying to rid California of the threat of wild fires. Damn near impossible.

The essence of her analysis and explanation – clearly articulated – is anchored in the male-female roles that we are all aware of: “Givers and takers.” Darwin would say, it’s the origin of the species. Women are givers, men are takers and it’s as innate as “natural selection,” “sexual selection,” and the culturally coded behavior we witness everyday.

Misogyny, as a genetic and cultural phenomena in the male-female relationship, is an immune system that protects misogynistic behavior because many women, intuitively, want and need to serve and protect ‘their man’ – it’s natural. Manne coins it, “himpathy.” From a position of himpathy, women put up with his demands, commands and abuse in order to hold onto him, while losing a part of themselves.

It is rooted in a woman’s natural giving and nurturing constitution and a man’s taking and domineering nature, and it becomes an abdication of a woman’s personal responsibility – to herself. And a man’s responsibility to her, if he loves her.

“This has made me pretty pessimistic about reasoning with people to get them to take misogyny seriously.” – Kate Manne

Manne, by her own admittance, wrote the book from a diagnostic perspective, not a prescriptive one; therefore, she doesn’t offer a specific resolution to the problem, leaving us with this discomforting view: “One woman’s misogyny is thus some men’s poetic justice.” But what if?

“From the outset, we may already be dividing up social roles in this way on the basis of sex/gender assignments.” – Kate Manne

What if, in the spirit of serving and nurturing, women reexamine, not their “social role” in public but their “personal role”  in their partnership. Because if there is anywhere a woman can change a man’s perspective, it’s in a loving relationship – key word, loving. If the love is not there, equally, it won’t work. Of course, if that’s true, it’s already misogyny.

Most loving couples would agree that together there’s not much they can’t achieve. As the cliché claims, There’s no “I” in team. So, in a loving relationship, if a woman can give her man more of what he wants and needs and get more of what she wants and needs, then that is a powerful force. And because she is, naturally and genetically, the primary “giver,” she has the power. (#Powherful).

Here’s the equation. She needs more love, equality, independence, respect and he needs more love, attention, admiration, status. And the one place, the only place, each of them can get this combination is in a loving heterosexual partnership. So, with the goal of eradicating all traces of misogyny in their relationship, a woman and man can, through love, overcome her need to “give” and his to “take.” In time, there is no more “himpathy,” no more “mansplaining,” no more misogyny.

If internally, in the inner strength of the partnership, they can eliminate misogyny from his “I,” and the independence of “MeToo” from her “I,” then they can create a “We.” Together, #WeTwo, can go out into the misogynitic world and advance the principles of #MeToo. #WeTwo becomes a Trojan Horse, capable of changing the embedded culture, one man, one woman at a time. And with an army of loving couples partnering under the mantra of #WeTwo, we can, indeed, transform the twisted logic of misogyny and breakthrough the insidious immunity system that is, in fact, damn near impenetrable.

“#WeTwo” (noun, plural): Is a loving heterosexual partnership dedicated to eradicating misogyny, first in the relationship and then throughout patriarchal society; it is a complement and supplement to #MeToo.

This conversation starts at home, with him, and a good way of kick-starting it is by reading and sharing Kate Manne’s philosophy and creating a loving team approach to rectifying the damage inflicted on women by the fucked up evolution of the species.

The problem is rooted in our evolution and requires an adaptation in which men’s altruistic genes override their selfish genes, and anchored in the love of a woman, go forward and change the cultural immune system that’s protecting men and debilitating women. Men are the root of the problem and it’s time they become part of the solution. And women are the secret ingredient in the “loving sauce” (Darwin would say,”sexual selection”) that can lead the adaptation to a better future for the species. #WeTwo.

There is some hope surrounding Kate Manne’s other book, Entitled: How Male Privilege Hurts Women. It’s another wonderful mining of the truth about the fucked up relationship between men and women. It addresses the principle that you cannot solve a problem until you admit you have one and it’s time for men and women to step up and admit the pervasive, toxic problem of misogyny and sexism.

An in depth Kate Manne interview/podcast with Ezra Klein (2:15:43). It’s as good as listening to an audio book! 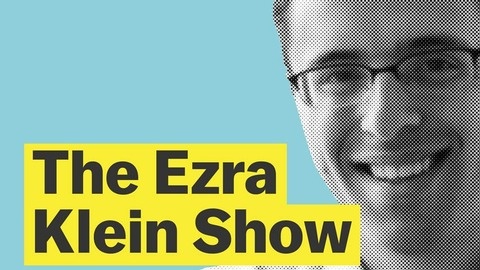 “Pick-Me-Girls” are insecure and fake …

Want to join the discussion?
Feel free to contribute!

Entangled in serial murders and sexual desire, the real mystery she’d like to solve is the irresistible, enigmatic, way-too-sexy sheriff …

What she wants, she shouldn’t. What she has, she could lose. And he’s an irresistible conflict of interest.

Double Your Pleasure by Lori Hughes: For identical twins it’s one thing to share men, but to share one man – and their secret – ‘until death do us part,’ could be impossible.

Last Dance by Lori Hughes: When life has a time limit, can love be limitless? Can the life-force of voracious sexual attraction be a  journey of seduction and life-changing destiny? Penny thinks so, Jason hopes so. Doctors doubt it.

“Show me a fucked up teen and …

“Pick-Me-Girls” are insecure and fake …
Scroll to top